Since its global launch in 2003, the U.S. President’s Emergency Plan for AIDS Relief (PEPFAR) has saved and improved millions of lives, prevented millions of HIV infections, and changed the course of the global HIV/AIDS epidemic, bringing epidemic control within reach.

Ethiopia is one of the largest recipients of PEPFAR support and since 2005, has received $2.6 billion through bilateral USG investment.

Programs are implemented through four US government agencies by 44 partners including government, civil society, international and local NGOs, and multilateral Organizations.  Our programs are carefully monitored for effectiveness and to ensure that they reach the intended beneficiaries, and we have adjusted our approach over time to spread best practices and ensure we remain focused on the right targets.

From its inception through September 2017 in Ethiopia, PEPFAR has supported the provision of lifesaving antiretroviral treatment (ART) for 433,909 people (98% of national results), including 22,371 children.  From October 2016 through September 2017 alone, PEPFAR provided HIV testing and counseling services for nearly 5 million men and women including more than 1 million pregnant women, and have identified more than 60,000 new cases. The program also ensured that over 280,000 orphans and vulnerable children as well as their caregivers received critical care and support services.

Through its Health Infrastructure Program, PEPFAR invested more than $80 million to support the construction and renovation of 22 health centers, six regional laboratories, and nine outpatient centers and maternity complex serving millions of people including national public health training center based in Addis Ababa.

Our efforts have made real progress, reflected in a shift in PEPFAR’s focus from an emergency response program to one that supports partner governments to boost program impact, with the goal of reaching sustained epidemic control. A goal which translates UNAIDS’ Fast Track Strategy or “90-90-90” into action (90 percent of all HIV positive persons know their status; 90 percent of those identified as HIV positive receive life-saving treatment; and 90 percent of HIV positive persons on treatment are virally suppressed).

As reiterated by U.S. Secretary of State, Rex Tillerson ahead of his first official visit to Africa, PEPFAR’s Strategy for Accelerating HIV/AIDS Epidemic Control (2017 to 2020), focuses and aligns U.S. government resources and activities toward achieving epidemic control. The ultimate goal is to end the HIV/AIDS pandemic through acceleration of optimized HIV testing and treatment strategies.

In Ethiopia, PEPFAR will continue to support the national HIV/AIDS response to intensify case detection, strengthen treatment adherence and retention, and scale up viral load coverage and suppression.

Looking toward achieving these goals, PEPFAR focuses on data-driven decision-making, mutual accountability, transparency, and ensuring that our programs have a sustainable impact on each one of the millions of men, women, and children that we serve.

By pushing ahead together, we can achieve sustained epidemic control in Ethiopia. 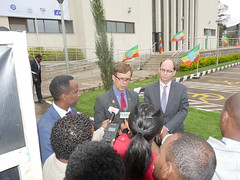 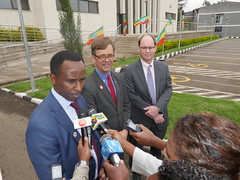 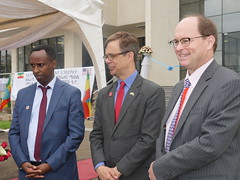 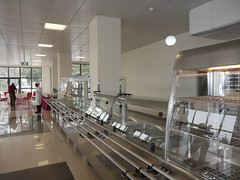